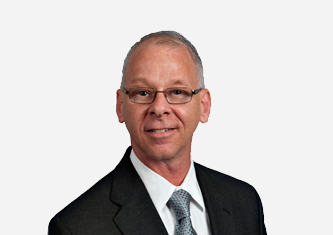 Mikal was born in Miami Beach, Florida, in 1956. He graduated from Cheltenham High School near Philadelphia. Mikal initially attended the University of Florida and received his B.A. from The American University, Washington D.C. in 1978. He graduated from Western New England University School of Law in 1982, and was admitted to the Massachusetts Bar in 1983. Mikal is also admitted to practice before the United States District Court and the United States Bankruptcy Court. As a lawyer in the Commonwealth of Massachusetts for over three decades, he was a member of the Hampshire County Bar Association, the Massachusetts Bar Association, the Massachusetts Real Estate Bar Association, the American Land Title Association, and is still a fellow of the Massachusetts Bar Foundation. His practice generally focused on business representation, a variety of business and commercial transactions, and commercial and residential real estate transactions. Mikal represented numerous individuals and businesses in Western Massachusetts, and assisted them in a variety of ways, including contract drafting and negotiation, real estate purchases and sales, commercial leasing, commercial financing, and employment agreements. He was adjunct faculty lecturer at the Isenberg School of Management, University of Massachusetts, Amherst, and taught ‘Contracts in Business Relationships’ and ‘Introduction to Law’. He has been a past lecturer for the Massachusetts Continuing Legal Education, Inc. in the areas of contract drafting and negotiation. Mikal is a past member and past President of The Board of Directors of Friends of Children, Inc., a non-profit child advocacy organization, which, as part of its mission, administers the Court Appointed Special Advocates (CASA) Program in Hampshire, Franklin, and Berkshire Counties. He is also past member and past President of the Board of Directors of Friends Of Hospice House, Inc. a residential hospice located in Amherst, Massachusetts. He is married to Welli Yeh Weiss, a forensic psychologist, and they have two sons.  Mikal and Welli currently reside in Hawaii, where he is currently a Court Appointed Special Advocate, volunteering his time working with children involved in the court system there.